The Bellingcat site has a piece entitled “Confirmed : Russian Bomb Remains Recovered from Syrian Red Crescent Aid Convoy Attack” which includes this picture as well as several others. You may look at the others, but this one picture is apodictic proof 1) that the Russians (or Syrians) didn’t do it and 2) that Bellingcat is a loyal servant of the Borg. 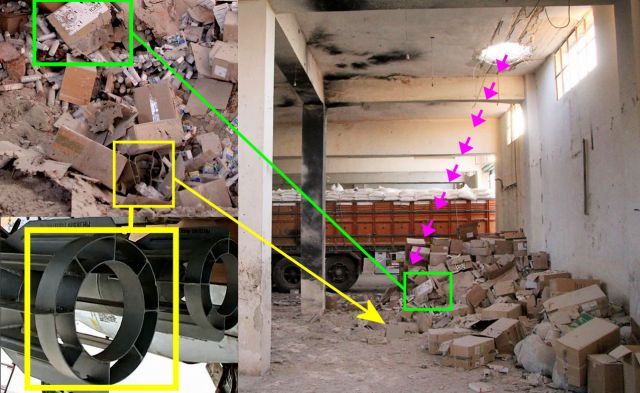 He spends a lot of efforts to establish that the metal piece is the tail piece of a Russian-made OFAB 250-270 Fragmentation High Explosive Bomb. No argument there, I’m sure it is. Said bomb has 92kg of explosive. Which is quite a lot.

And, as a bonus, by perpetrating this fraud, Bellingcat has also proved that he is a stooge of the war party.

A lot to deduce from one photo, isn’t it? It used to be that it took more effort to disprove Bellingcat’s fakes. He’s losing his touch.